I just installed manager on a Windows XP Machine.
I backupped my data on my old machine and cannot import it on the new.
The version is a bit older 16.1 , can you give me the version i use now Manager 16.8.14 ???

manager is evolving day by day. sorry but i guess no one having old version setup.
what is the problem u facing in windows xp now?

Don’t you have a backup of old versions anywhere ?

I cannot install the latest version of manager since it needs explorer 9
and the older 16.1 version i found does not import the backup …
I can click on import backup but nothing happens

There is no source for obsolete software versions. You are literally thousands of updates behind due to Manager’s rapid development pace.

All Manager support for Windows XP was terminated in April 2016. (Microsoft terminated support in 2014.) I am surprised at your statement that you were able to use v16.8.14, which came out about 4 months after XP support by Manager ended. 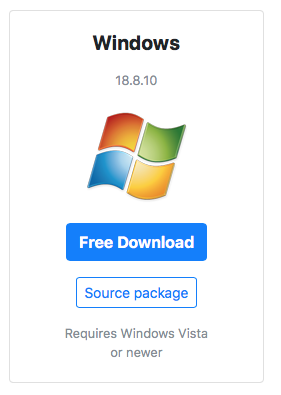 It is actually fairly amazing that Manager remains compatible with Windows versions as far back as Vista, for which Microsoft terminated support in April 2017.

Old data files can be imported to newer versions of the software. But the program updates their structure to accommodate newer features. Once you have called a data file with a newer program, it cannot be opened with an older version. That is why you cannot open your file modified by 16.8.14 with version 16.1.

Your data is not lost, however. You just need a machine that can run a current version of Manager and the means to transfer your old backup file. The fact is, you will shortly be in the same situation with other applications, if you are not already.

I understand 16.8.14 does not work on XP anymore, so i gues i have to find another sollution.

Why not upgrade Windows?

I think that 7 is lighter than Vista