How do i install an older version of the software?

So - I’m freaking out a bit. I backed up my company and just did an upgrade to the latest version (20.7.55 - Desktop). I didn’t do a full printout of my accounts - didn’t think I’d need to. I did take a glance at my YTD Profit.

Now that I’ve installed the new version, my YTD Profit has dropped by about $9000!!! I tried to uninstall the new version and reinstall the older version I was using so I could go back and print everything out in hopes of figuring out what changed but I cannot get the older version to install - even with a reboot in between uninstalling and reinstalling. What do I need to do to rip this thing out by the roots so I can try again?!

are you saying you tried uninstalling or did you uninstall? what OS?
if you have uninstalled the program completely, you can easily install the older version assuming you have the installer for the older version. then you can import the backup.

I actually went to the Control Panel (I’m unfortunately using windows 10 Pro 2004) and uninstalled the program. I do have the older installer and tried installing it without a reboot. It appeared to install but gave me a st of three error codes when the program tries to launch. 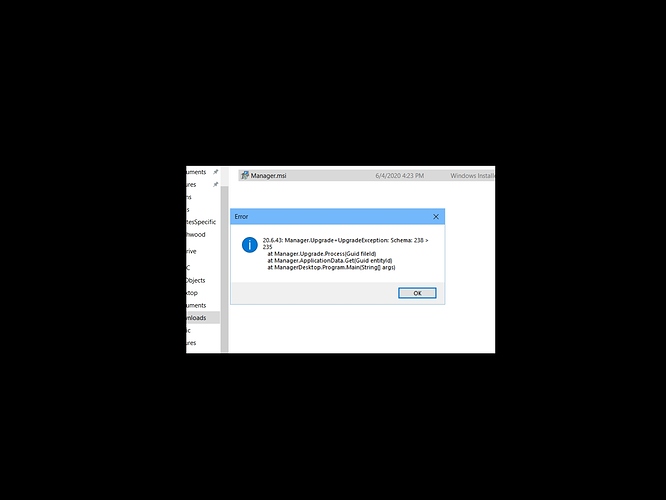 I then tried uninstalling again and rebooted the machine (soft not hard) thinking that perhaps something was still residing in memory or not clearing during the uninstall. Once the machine rebooted I reinstalled from the older install and had the exact same error message come up when I tried to run the program.

I then installed from the newer .msi and it came up just fine but again with the missing (?) $9K. I honestly don’t know if there was an error in the previous version that I was running - it wasn’t older than about a month or month and a half - or if something has gone horribly wrong now. Obviously something isn’t clearing when the uninstall is done.

The quick way to tell is to look at the balance sheet side of the Summary. If the account Production in progress has a balance, you have production order(s) with insufficient quantities.

The Production In Progress shows a balance of $414.00 and has tons of items listed with $0 after them. All dates are from 2019. You have given me something to look at though - it’ll take a while but perhaps I can track the problem down.

Hopefully it is a production problem somewhere 'cause I really need to keep using the system and don’t want to have to go back and do everything over again if it is a bug of some sort.

It will not be a production problem. Insufficient quantities on production orders stem from purchasing problems. You have sold or consumed (probably in production), more items than you have purchased. The balance of Production in progress will grow as costs become known. The entire production order is quarantined, not just the insufficient item. That is how $414 (so far) could be linked to $9000 less profit. These insufficiencies could be hidden previously. They would eventually work themselves out, but not until all input items were replenished and improperly recorded purchases were flushed through the system. That might take a long time, depending on turnover rates.

“Tons of items” hints that you might be doing something incorrectly in your workflow. If you discover one mistake, I predict you will find other similar ones. That will make things easier to correct, rather than having “tons” of different puzzles to work out.

2 posts were split to a new topic: Laptop hanging