Currency symbols on invoices and statements

To improve clarity to customers, would it be possible to show symbols for every monetary amount on every row, instead of only on the bottom-line totals? It would add to legibility if there were a $ sign, for example, before any numbers that represent dollars, to distinguish them better from number that represent quantities or hours.

Also, it’s jarring to most American eyes to see the label US$ on an invoice from an American company. It also looks affected or plain odd. Just $ is more normal-looking to us in general. Can this be an option?

Also, it’s jarring to most American eyes to see the label US$ on an invoice from an American company. It also looks affected or plain odd. Just $ is more normal-looking to us in general. Can this be an option?

This has been mentioned before. The only issue is that other currencies use $ sign too. But there is a solution, if your company is using only one dollar-sign currency (e.g. USD), then of course US$ could be shown as $ everywhere.

if your company is using only one dollar-sign currency (e.g. USD), then of course US$ could be shown as $ everywhere.

For legacy businesses from the days when there was a Currency Prefix / Suffix setting, that was easy. How can you do it now?

Currency Prefix / Suffix was a quick workaround to show currency symbols before Manager had multi-currency support.

One way to achieve the same result would be to set base currency to USD and if you are not using any other currency, all your amounts could display $ symbol instead of US$. This hasn’t been implemented yet but it’s something I will definitely add possibly even before end of this month as I do agree - this affects a lot of users.

Thanks. I was just clarifying what you meant when you said “could be shown.” Didn’t know if that meant “could in the future” or “could do it now.” Also, I would hate to see it default to $, as there must be many single-currency users on the €, £, etc.

The latest version (16.1.49) will show only $ sign when printing quotes, invoices, orders and statements.

Also, Currency Prefix / Suffix feature has been completely removed. If you used it to show dollar-sign on documents, then you have to set Base currency under Settings tab which should achieve the same outcome.

Another elegant improvement, @lubos. Somewhere along the line, I also missed the introduction of automatic enablement of multi-currency capability when accounts are created in more than one currency. Better and better all the time.

How to show currency symbols in the invoice and quote now? I updated new version, still have this problem, Thanks!

You cannot. Suppose you were dealing in Canadian and Australian dollars. You would need to tell them apart.

Just need to display it such as US$, $ etc. your system can do it when edit an invoice. how to display them one the invoice that sent to customer.

@billq - read this recent topic on the same problem

Currency in unit price and amount, only in totals

Good Day, Currency Symbols Only show in totals, but not in individual line items. Like Unit price and Amount. Is there a reason for this ? Can we show currency in the same.

I hope I get the discussion right.

Suppliers’ statement works well and currency symbol appears on it (although not everywhere): 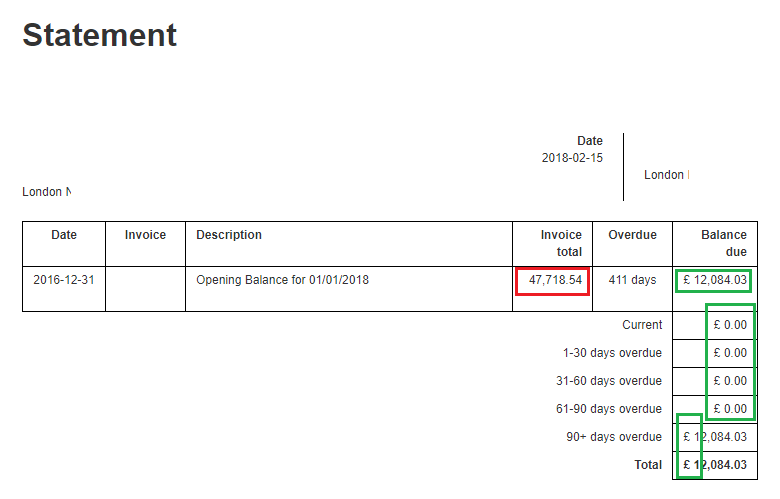 But there is no currency symbol on Customers’ transactions statement:

image778×367 6.82 KB
We have few customers with the same name with few currencies and it is confusing not having currency symbol on statements. It would be also good to have totals for Debits and Credits, as there is no option to export statement to excel and I need to calculate that manually…

OK, here is the thing - Statements do have currency symbol (both customers’ and suppliers’), transactions’ report do NOT.
Can you make the currency symbols appear on all reports?

Can you make the currency symbols appear on all reports?

I am going to create a separate Bugs topic for this. This particular topic has included too many subjects to be clear.

Hi Lubos - regarding the introduction of RTGS$ in Zimbabwe - printed documents must show RTGS$ with the amount not just the $ sign.
Ideally when invoicing in USD$ that should also show USD$ with the amount.

Maybe there’s an option somewhere to achieve this, but cant see it.
Ciao
Neil

Hello.
We have problems with reflecting symbol on the invoices. So one of our PCs shows small cells instead of symbol, while other PCs reflects the symbol with no problem. Is this something wrong with the plugins or something etc. that we have to install on that PC? plz see pics.

Hi there, I’ve been working on a custom theme lately, doing a lot of reading of the various guide pages and I don’t know how many forum posts (though many seem to have been from prior to some major changes made last year in relation to fonts). In the process I’ve run into an interesting and apparently previously unquestioned issue with using custom font families. Whilst many issues I’ve read about seem to have been from broken custom themes people have produced, this issue is reproducible with…