I’ve just moved to Linux platform and installed Manager. When entering data in various forms, after selecting from a dropdown the screen is then unresponsive, whereby no text boxes can be typed into, no tickboxes ticked. Focusing away from Manager and back returns a completely blank screen.
Example: Supplier Invoice Payment after selecting Bank Account from dropdown.

You need to provide much more information about for example which Linux distribution and version you are using, on which hardware and which version of Manager you installed.

I just found another example. Doing a Bank Receipt and after selecting Received In account from dropdown list the screen lost all interaction.
I pressed Control (Windows) button to start a screenshot but on returning to the Manager screen it was completely white (blank).
I have to close Manager and reopen it.
If I follow the same actions it will repeat the same issue.
If I leave the Received In field to very last I can then click Create and process the transaction.

I asked because Mint is outside the listed options on the Manager download page at Download | Manager, i.e. 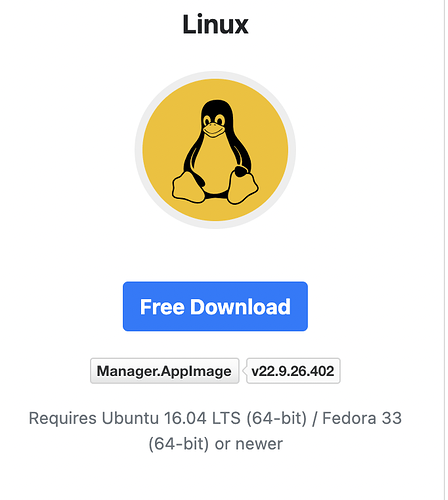 Mint is based on Debian so is Ubuntu. The problem with Linux distributions is they package different code sets. So Manager will run on the packages as provided by Ubuntu and Fedora but can not help with all distributions, you then have to figure out what more to install to make it work (or uninstall).

Just a guess, but if this was happening to me then I would probably be looking at the different versions of GTK as being something to do with the problem…

It appears to be same problem as I have already reported:

Using Ubuntu 20.04 Kernel 5.4.0-126 QT 5.12.8 Manager Accounting ver. 22.9.26.402 (Desktop) but problem started with an earlier version. I’ve suddenly encountered a problem whereby when in the Receipt screen, within the “Received in” section, when using dropdown list in the “Cleared” column and trying to select “On a later date” it will crash/ freeze software. I’ve tried another computer using same OS = same problem. I’ve tried an earlier backup copy = same problem I did notice a payment…

The one workaround another user mentioned and I can confirm is to use the Tab button rather than the mouse to select items on the dropdown list.
…The problem appears to be linked to an update to a Ubuntu system file last week.

I noticed this same issue when I try to enter a payment transaction and select an entry for “Paid from” account or payee. The application freezes but can be terminated by closing the window. I am using Manager version 22.10.23.450 on a Kubuntu 22.04 machine with kernel version 5.15.0-52-generic. My system log tells me that the library libwebkit2gtk-4.0 throws a segmentation fault error. I tried to update to libwebkit2gtk-4.1, but the Manager software demands version 4.0. I will try to downgrade the library, but I don’t think that this should be the desired solution. I can confirm that the workaround using the Tab key instead of the mouse works for me, as suggested by some users.

Background: Problem seems to have been triggered when a Ubuntu System update (libwebkit-gtk) was installed mid September. As this was a security update I guess everyone would have installed it. Best workaround (at least for me): Problem appears mostly when doing Payments or Receipts So instead of clicking on any of those two sections, right click on it and select “Open Link in New Window” or if this doesn’t work select “Copy Link Location” and then opening a browser right click in web-page b…