Hi @Hennie, the btw-privégebruik is added to Manager but on the Concept-btw-aangifte it doesn’t show. Am i doing something wrong or is this a flaw of Manager.

I looks like it is a bug in the concept-btw aangifte.
I will make some tests and when it is indeed a bug, I will report it to the developer.

@lubos
What Frankie reported that the VAT code for BTW-privegebruik doesn’t appear on the concept btw-aangifte is correct. In my test-company I created a journal entry for private usage of a company-car using the VAT-code for private usage and indeed it doesn’t appear on the concept-aangifte at line 1d!
See the attachments. As I already wrote, to me it appears to be a bug. Please put it on the bugs-list.
Kind regards,
Hennie
concept-btw-aangifte|533x500 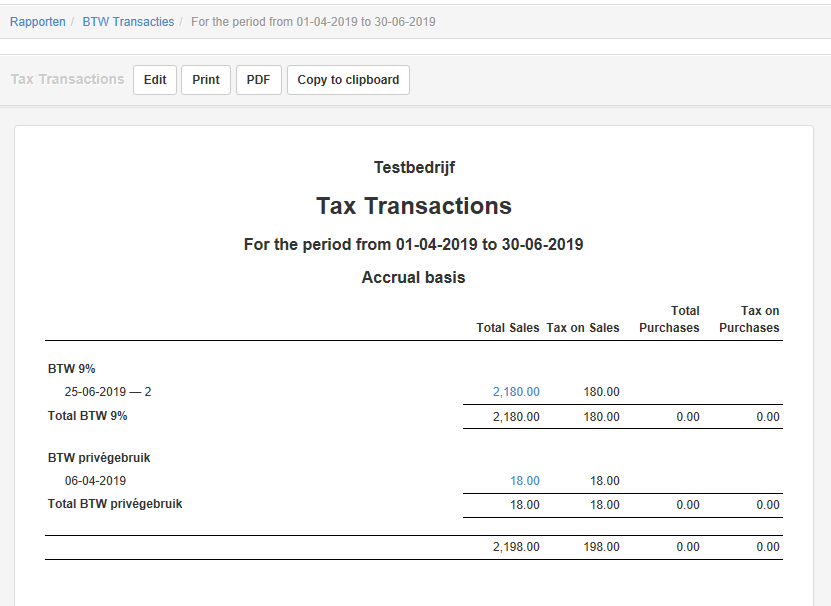 I have separated the above thread as a new topic and placed it into the bugs category.

This is now fixed. Use Check for updates button when viewing the report as per this guide: Update localizations and report transformations | Manager

Thanks Lubos, but is it not fixed correctly. My tax-liability is now shown as a deductable.
Please fix this.
See attachments
Kind regards 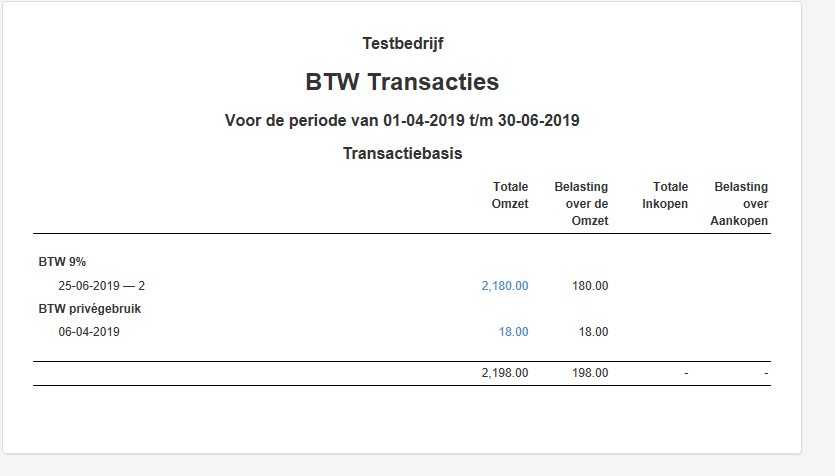 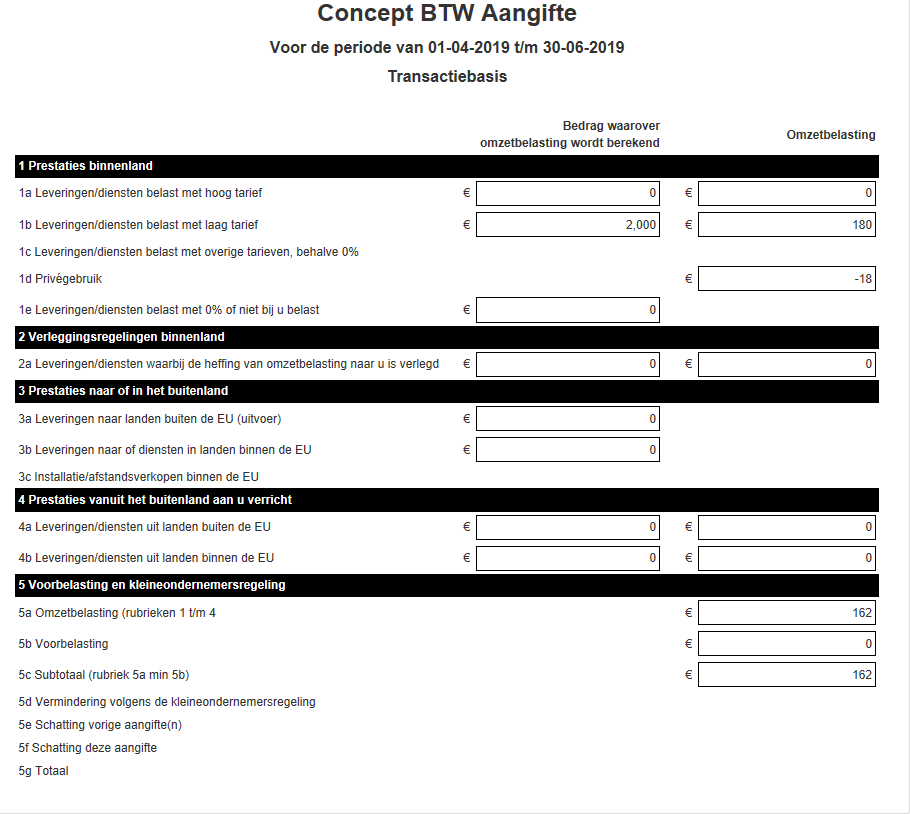 If this (the calculations form the current Concept BTW Aangifte) look reasonable. Then printing out your input data to the Concept BTW Aangifte is probably going to help debugging as it would enable reproducing the error (ie it shows the interface between your Manager business & the localisation, separates out purchases & sales, and shows what other tax code results are in case there is an interaction).

To print out the input data go to

Note when you update the Concept BTW Aangifte, these debug changes will be overwritten by the new official version.

I think the issue was that 1d_omzetbelasting variable was multiplied by 1.

The latest version of the report doesn’t do it anymore so that should fix the issue.

On behalf of the Dutch users thanks for the fix.