I’m on Mac OS High Sierra. After downloading the new version of Manager I have found that using the PDF button creates a strange-looking invoice - kerning issues, letters squashed together, etc. Oddly if I use the PRINT button and then choose to save as PDF, the invoice looks fine, as it did in previous versions of Manager. What has changed here?

Can you post a screen shot? Also, be aware that the internal PDF generator substitutes the Google Noto font, in order to accommodate all 70 languages. When you view or Print, you are using system fonts. Depending on when your last update was before this one, you might not have seen that.

What version are you using? (Manager sometimes updates several times in a day.)

However, it doesn’t look good when I generate a real invoice for a real customer. (For obvious privacy reasons I don’t want to post a real screenshot of a real invoice here).

If you’re on a Mac, use the built-in screen grabber: Command + Shift + 4 keys simultaneously, then drag over the image to copy it. Then use Preview’s markup toolbar to obscure proprietary information. If there is a problem, no one can help unless we can see it.

One other question: are you using a custom theme?

No, I’m not using a custom theme. I know how to take a screenshot on a Mac, but unfortunately the proprietary information (customer name, address, and order details) is the very data that is not displaying correctly, and therefore I can’t really upload it here. Ironically, when I create a fake customer and create a fake invoice with fake details it does display correctly. There must be some bug with displaying existing customers and existing inventory, but I cannot screenshot that here. Catch 22.

@Qwerty, can you send me a screenshot to lubos@manager.io?

I’ve noticed this issue as well, with the built-in PDF generator. It started a while back when fonts were changed to support additional languages, I think. Earlier this year / a few months ago.

Had been working around it with the Print button, assuming it was an issue only for me.

Will reproduce it with dummy data and then post screenshots here.

Okay, rather annoyingly I can’t reproduce this issue any more

Right when I want to demonstrate it. It definitely occurred a few days ago.

As soon as I notice it again I’ll post it here, if the issue isn’t resolved using what Qwerty is able to send to lubos.

When Manager is launched, the first PDF generated in the session does not render correctly:

For example, creating a PDF from an existing sales invoice in a test company, immediately after launching the application: 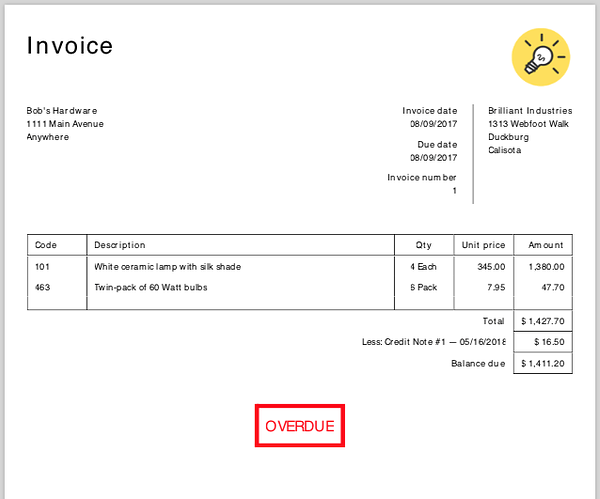 Notice that boldface type is not displayed. The Noto font is not substituted, nor is the screen display font used. Some other font is substituted. Characters are cut off. And spacing is irregular. But, if a second PDF is generated, everything functions normally: 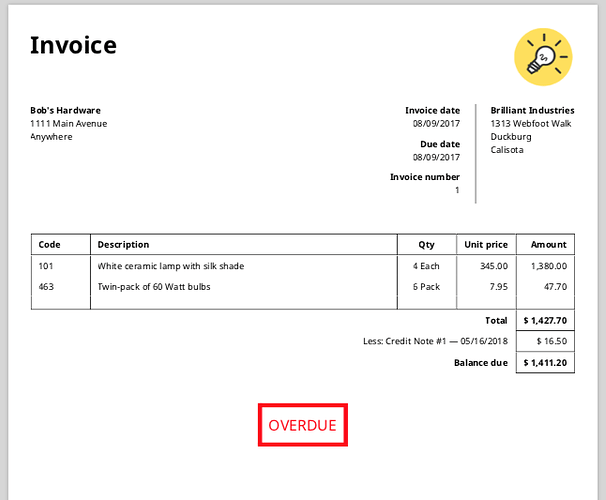 I have the same experience as Tut

I’m waiting for the feedback from third-party developer. This will be fixed soon.

Hi,
Prior to yesterday I was running 18.5.33, and recently noticed that all my pdf generated documents are in Comic Sans Font !

Yesterday I updated to 18.7.2 and the issue was gone, today I notice that 18.7.3 isa up, so I installed that version only to find my documents are in Comic Sans again .

Is there a way to control the fonts in Manager ?

Ok this seems to be intermittent, as the very next quote I generate is back to normal again ???

There is a known bug: 1st PDF in session renders incorrectly - #12 by lubos. Read the thread about this bug and see if your appearance of Comic Sans font is similar. In other words, does the problem appear on the first PDF of a session and then disappear? If so, it is almost certainly the same problem, but the appearance of that specific font (which others have not seen) may shed additional light on what the problem is.

Hi Tut. I read the other thread and yes its the same, eg… 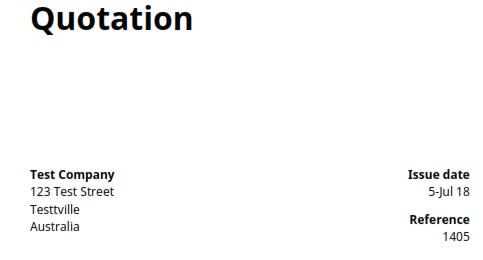 Still waiting for 3rd-party developer to release the fix. They sent me email a week ago saying they are testing the fix.

The latest version (18.8.69) is fixing the issue where the first PDF document didn’t have correct font.

I’m also removing Google Noto fonts. The original reason to add them was to avoid crashing bug on Mac OS X due to 3rd-party library. Now that bug is resolved, the fonts no longer needs to be part of Manager installation package.

I suspect there could still be an issue where some scripts on Mac OS X might not show correctly in generated PDF but that’s something I will address separately case-by-case.

Actually it seems like the new version of the PDF library has some new issues so I have to revert back and this is again a bug.

Seems to be fixed.