Greetings!
It came to my attention that the VAT Declaration for NL (Concept BTW Aangifte) is not populating correctly.
I currently running version 19.6.10 for Mac and I noticed that the first column in 1b and other boxes are showing 0.00. therefore giving a wrong calculation. 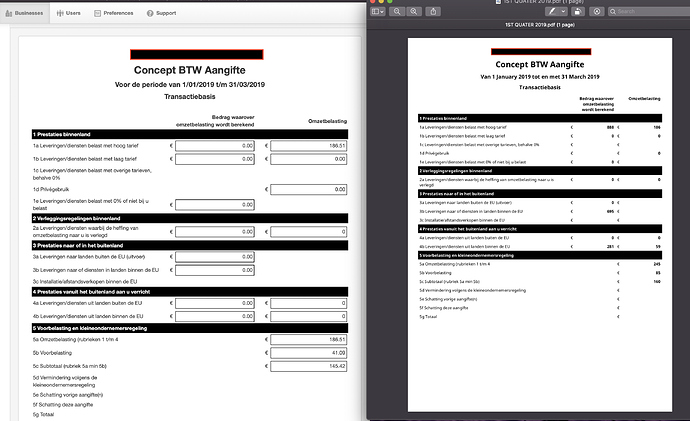 @Lubos it calculates now but there is small bug with the decimals.

Fixed. You can download new version of the report from here:

I’ve just downloaded the new json file of Concept BTW Aangifte report, imported it and checked the Q1 report. Sorry, but the problem in the Dutch number format still exists ( [123.456.789,00]). Can you please fix it and let us know when the new file is ready for download?

Oh, and the custom of this report is that there are NO decimals (rounded down in 1-3 and 5a and rounded up in 4 and 5b. Our Tax administration isn’t interested in decimals.

Out of interest.
Are people submitting this print out directly or transcribing it to government stationery / manually entering it online?
If it was the latter, manually rounding maybe achievable in the short term, at least for the first return. Perhaps I’m under estimating the complexity here.

I just downloaded and imported the json file. It still isn’t functioning correctly in the Dutch number format.

You enter this information online manually.

My point is that the report was functioning fine, but adding the boxes around the numbers broke its functionality…

Cool, there is a Check for updates button below the custom Concept BTW aangifte report. And it works! Report has been fixed, also for the Dutch number format. Thanks!

I downloaded the latest version of Manager 19.7.21 and updated the latest localization file, but I still see not rounded figures.
Attached a screen-shot 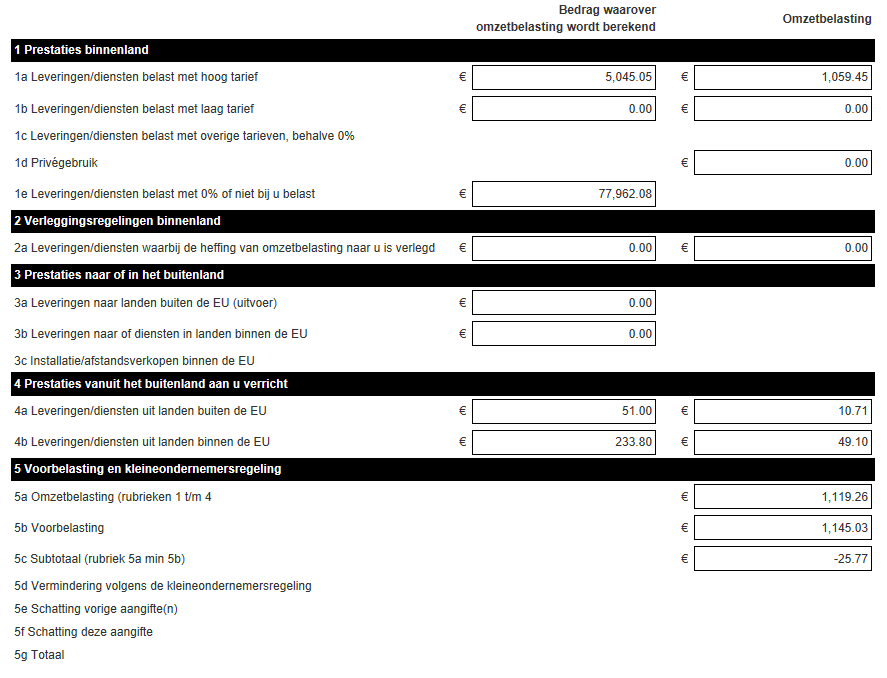 I don’t know how Manager does round the VAT amounts, but according to the website of the Dutch Tax-administration, the Dutch rule is: 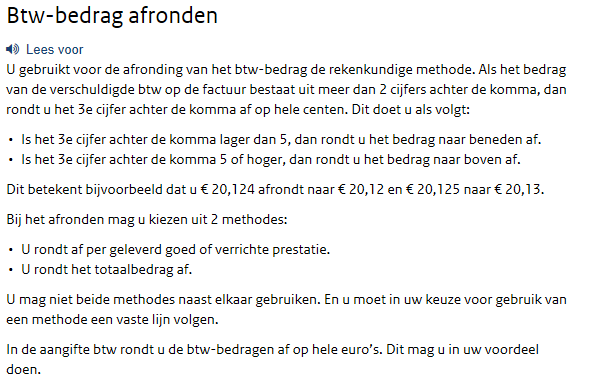 You’re not allowed to mix both methods and you must stick to one of the methods chosen.
When filing the VAT tax return, you are allowed to round the figures to whole Euro’s And you may round he figures the way which is most beneficial for you.

The latest version of the report is rounding the figures.

Go to the report, click on the View button. Look at the bottom of the report.

Appearently I didn’t have the latest version of manager installed. Installed it and now the Check for updates button is showing. Thanks