Hello
I don’t know if there is any thread about it as search did not returned anything.

I had some payment made in cash so it is also easy to CLONE and keep carry on.

The problem is when you want to CLONE a cash payment as Bank payment there is no option any more in these new updated versions where bank and cash account are under separate heading.

If there is an easy please tell me or I suggest to add a CONVERT button next to cash transaction into bank.
thanks 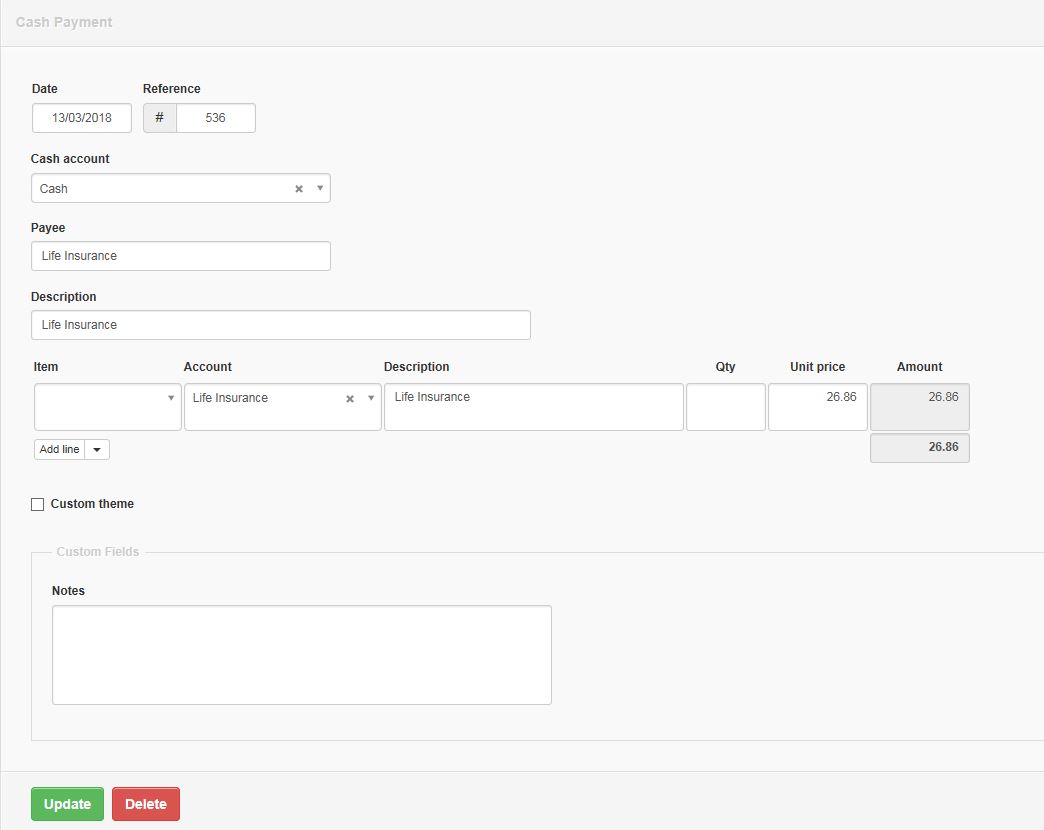 you cannot clone things which are completely different. you can clone only if transactions are of the similar type.

you are right. if you can change the date, amount, decriptions and so on… y
ou should be able to change payment method too…

so how would it make things any easier when you have to edit all these details anyway even after you clone it?

so how would it make things any easier when you have to edit all these details anyway even after you clone it?

@sharpdrivetek we can discuss that in another thread. lets now concentrate on the issue i have posted

maybe a Clone To button can be implemented for forms with similar input fields just like the Copy To button. i have no idea about the technical difficulties to implement it and so i would leave the choice to the developer.

i have no idea about the technical difficulties to implement it and so i would leave the choice to the developer.

I agree. I believe all bank and cash accounts can be shown in transaction dropdown list as before. @lubos @Tut

i would not want both cash and bank accounts shown on the account drop-down list. those are separate tabs.
what i suggested was to improve the Clone button to show Clone to New Bank Transaction and Clone to New Cash Transaction depending on the tab the user is in.

End result is the same so yeah…
Also it depends how the developers have mapped the cloned payment process to cash & banks. if that process is easily refreshed to any payments after selection then drop-down list will do or as you have suggested a direct button to choose payment method maybe more better option. let see.

I am fairly certain this is not going to happen. I can immediately think of several reasons:

The entire concept ignores the fundamental premise of cloning in Manager, which is to produce a copy of an existing transaction, not some other type of transaction.

I agree…
however in a long term…de attaching transaction field as primary key for cloned/payment/receipt transactions and attaching it to accountID/payee/payer would simplify the transaction section.

further maybe bringing down the transaction field next to payment received/paid line would eventually make it possible to receive part payment i.e. bank & cash in one transaction.