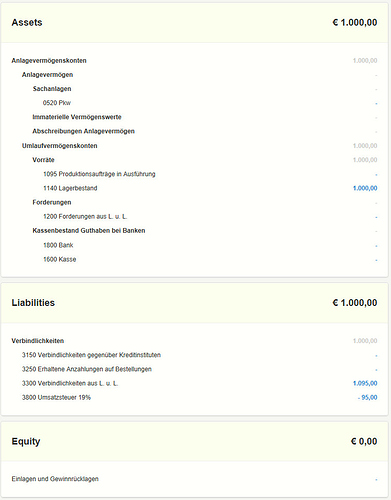 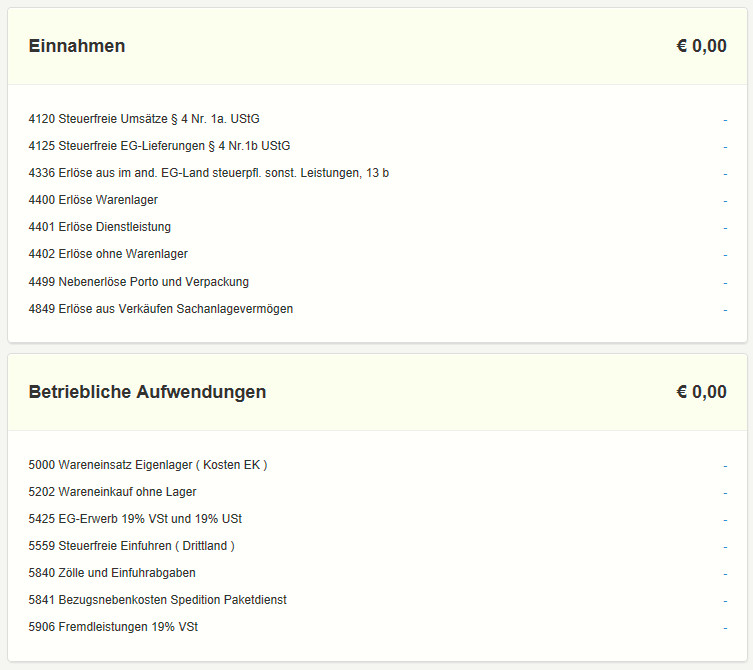 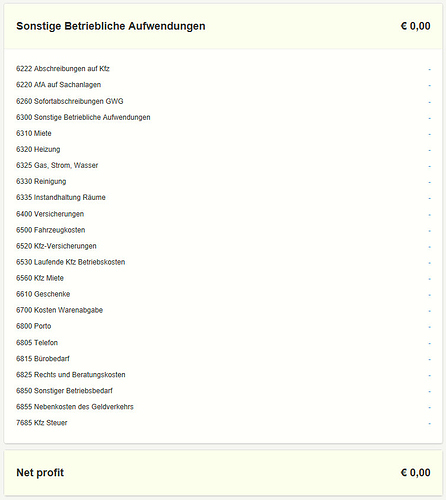 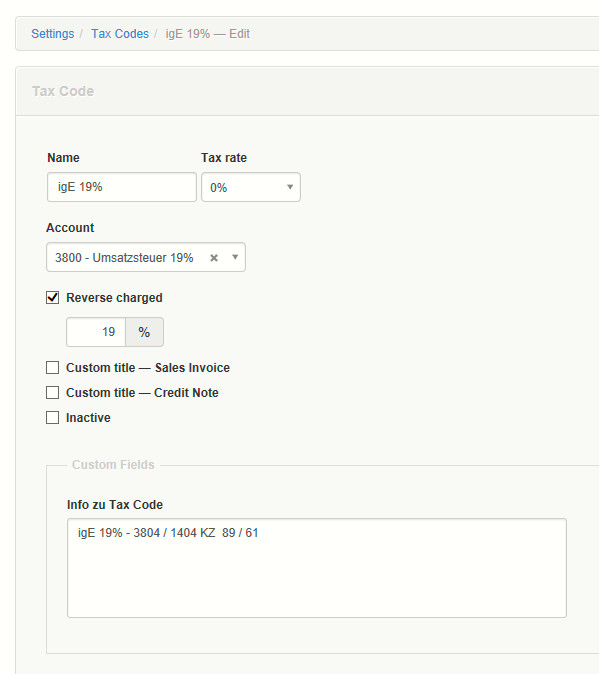 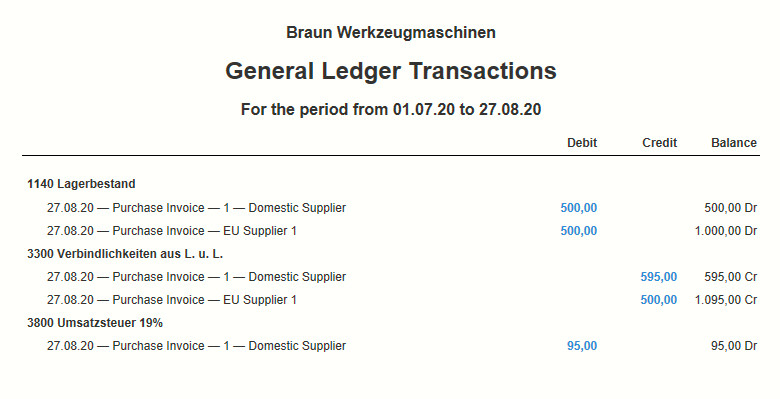 @WZM, are you absolutely certain everything you have shown from your new test business is using version 20.8.67? I have duplicated equivalent entries in a test business and do not get the same results you do. Your results only seem to be available from versions before 20.8.65.

would you like to have this file for further investigation ?

just thought of the problems if something like this happens with
a business file, that has hundreds or even thousends of transactions

@WZM any chance I could see the file where it doesn’t work? You can send it to lubos@manager.io.

Is it possible to download a copy of desktop manager before version (20.8.65)? Since this new update, my sales figures don’t match anymore and the Tax Transaction report and Tax Summary report are not showing accurate information

@chrissyzmissy, you need to specify what version you are referring to as “this new update.” How and what don’t your sales figures match. How are the reports not accurate?

For example, before version 20.8.65, my tax summary report for June-2020 would show my sales/purchases and taxes as below

but when I pull the same report after the update of 20.8.65 the report shows as below which is not correct and the same happens for all previous months.

In January-2020, I had a transaction report saved which showed totals as below 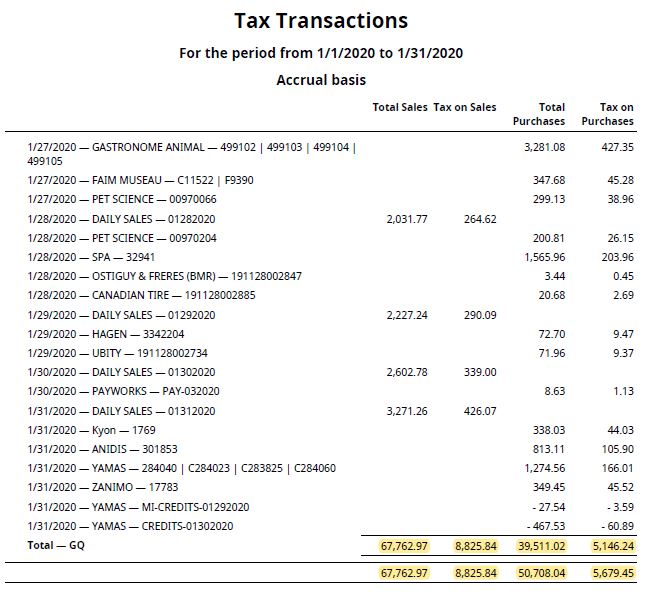 but when I pull the same report after update, I get these totals which are incorrect

I just don’t understand why the sales/purchase and tax figures have suddenly changed with this new update.

I assume you enter “Cash” transactions via receipts/payment. Negative line items can be entered by users when

The above examples require the opposite sale / purchase assignment.
Lubos is in the process of enabling the user to specify what they actually require in each case. Hence the changes you have observed in sale / purchase but identical overall net tax liability. I believe a true solution is close now which covers invoices, receipts/payments and journal entries.

To answer your direct question, yes archived versions of the program are available. To use them you will need an archived version of your data file containing all the data you want and not converted by opening it with a later incompatible version see

@chrissyzmissy your tax liability figures are the same between versions. It’s just how Manager decides whether tax transaction belongs to sale or purchase side. Manager is phasing out this concept since consensus among users cannot be reached. If you want to track tax on sales and tax on purchases separately, you will need two different tax codes. Tax Summary will look different in near future to reflect this.

Honestly, both your answers are a bit too complicated for my little brain. I just wanted taxes on purchases and taxes on sales to show up correctly on the transaction and summary reports as they used to because I rely on these reports to remit my monthly taxes to the government. Now since the update, everything has changed and I have taxes due on the 31st of August and have no way of calculating the correct amount to submit

I was able to revert back to version 20.8.53 where everything works fine for me again. It’s sad because I will no longer be able to take advantage of any manager updates anymore but at least I have everything working again.

If you want to track tax on sales and tax on purchases separately, you will need two different tax codes.

I use separate tax codes for sales and purchase. As Inventory items can only have one tax code, @lubos is it possible to add a second tax field for consistency so there is one tax code for purchase side and one tax code for the sales side ? 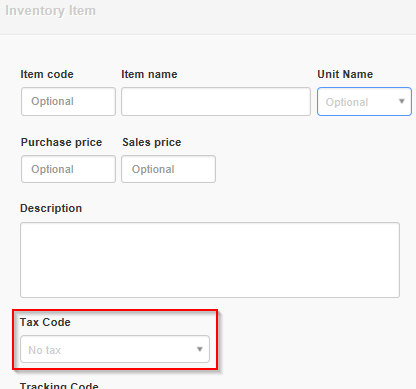 See: Added ability to attach customer or supplier to any tax transaction

@chrissyzmissy try to upgrade to the latest version. You should see your figures back to normal on Tax Summary report.

Thank you so much lubos! I just upgraded to the latest version and everything is working again. Both the Tax Summary and Transaction reports are giving correct figures. Thank you so much for all the hard work you put into this program, it’s very much appreciated.

Manager is phasing out this concept since consensus among users cannot be reached.

I am somewhat flabbergasted by this comment - accounting software should be designed based on accounting principles and where applicable Levy law. User consensus isn’t a consideration.

In part a few of them (users) are, as for a number of years Manager had functioned very solidity and successfully albeit the originally adopted Levy model (single code) had some short comings with a minuscule number of transactions. Then came a number of agitators, who disrupted the status quo because of their unprofessional understanding on the differentiation between financial and Levy reporting.

Unfortunately, for the other part, Manager got sucked into these agitations and started redesigning itself in various ways which has done nothing but caused confusion and conflicts and totally unsatisfactory outcomes - which should never have occurred.

Now the question you have to ask yourself, why don’t any of the other major accounting software programmes have these conflicts - because they are implemented to meet the requirements of the accounting principles and where applicable Levy Law - not user consensus.

@Brucanna I am in full agreement with you that new feature upgrades are not handled optimally and in various other posts, I have repeatedly suggested implementing a development and stable track to properly roll out new upgrades. I am hoping after the latest couple of blowouts, that he will come round to my viewpoint on this.

However, in defence of the developer, I think it is a bit harsh to say that he made these changes as a result of a small minority of “agitators” who wanted the program to change to suit their particular needs for a minuscule number of transactions. I believe that he genuinely wanted to find a way to keep Manager as simple as possible to use without introducing multiple tax codes. I believe that he thinks very hard about how he wants the program to evolve and it shows as Manager has no bloat, is simple to use, very rarely has any issues like crashing, slowness etc!

I completely agree with you.

I was so disappointed at first by the new tax module upgrade. But after a couple of days of adjustments @lubos came up with a flexible and innovative way of managing taxes together with the possibility to link Customers and Suppliers to Payments and Receipts.

I think that he would have reached the same result without or, at least, with less issues and polemics if he had involved some “beta tester” for a few days.

Anyone that usually attends the forum knows the names of the users that are experienced enough to support Lubos in this kind of activity.