Manager won't open after upgrade to the latest version

Hi!
If I click continue button when I see the error message, Manager will open blank. Please see below: 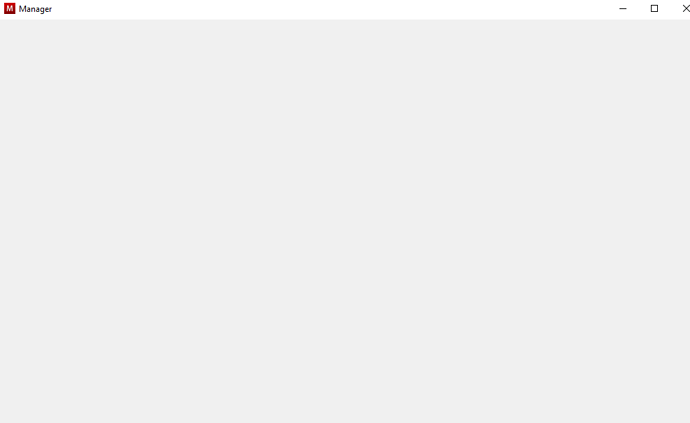 I think I am having the same issue. Here is the error message I get: 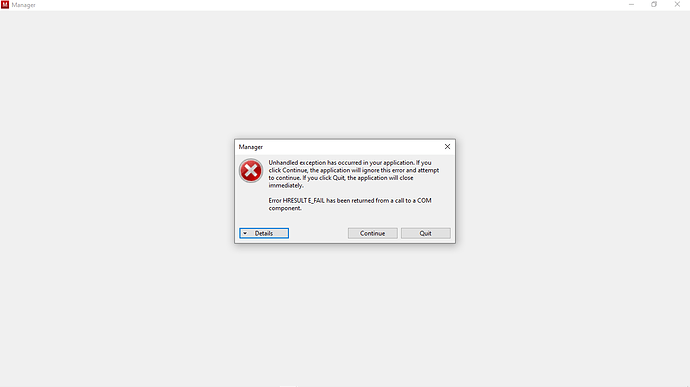 If I click Continue I get the same blank window that @winner shows. If I click Quit and try to open Manager again, it seems that in about one in four or five times it opens with no problem. This happened with 20.10.81 and is still happening with 20.10.87. I opened 20.10.87 successfully on the first try on another computer yesterday.

I could share the text from the Details dropdown if that would be helpful. It’s 560 lines, which is why I haven’t posted it here.

Update to Windows 10 20H2 - the latest version of Windows 10. Also look and see what version of .net you are running. I don’t think the version of windows is the problem. But I do recommend updating to 20H2 as it fixes a lot of issues in W10 ver 2004.

I think that your problem is a .net and Manager related issue. But not sure what.

Thanks @dalacor. On the third or fourth attempt this morning Manager opened fine. I will see if I can do the Windows update. It looks like I have v4.0 of .net (if I understand this correctly): 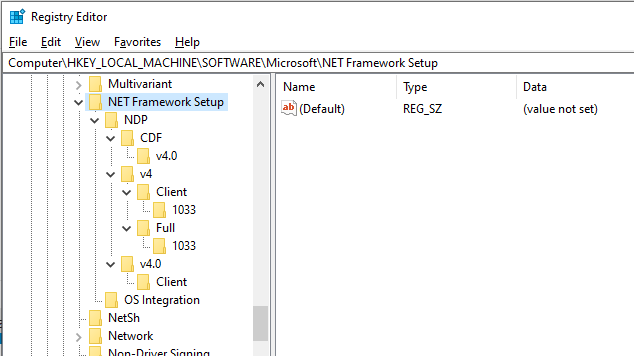 4.8 is the latest version. You can check in windows updates under view update history for anything that says .net 4.8

I think that your problem is a .net and Manager related issue. But not sure what.

I believe that is no no longer under user control as dotNet core is included in the windows install.

Aah yes. I stand corrected. Manager is no longer using the .net integrated with Windows but is including .net core as part of the install.

However, I still believe that the issue is with .net (specifically the .net core included with Manager). I think the developer @lubos will need to investigate.

I have just installed the following update:

After that, Manager successfully started on the first two attempts, but failed on the third with the same error described above

I’m now in the process of downloading the following update:

That seems to be the only other optional update available in Windows update. @dalacor, how would I find the 20H2 update you referred to?

The 20H2 update may only show after you have installed the update you are about to install. Or your computer may not be ready for the the 20H2 update, in which case I would wait. However, this suggestion will not fix your problem with Manager. I am just suggesting installing 20H2 as it fixes various things with version 2004.

I had forgotten that the latest releases of Manager now include .net core. So updating Windows .net will have no effect on fixing the problem. I believe that the developer will need to fix something within Manager. At this point, all you can do is wait for the developer to fix this issue. There is a clearly a bug in Manager.

Not sure if this is related but I have just downloaded the latest Manager and it has told me that I need Microsoft Edge WebView2 Runtime Library. After downloading it works ok

That is a separate issue, @bartona, related to a change in the preferred web browser used internally by Manager. That change was announced in the December newsletter just a few days ago.

It appears to be a separate issue, although I have only experienced this problem since updating to the newer versions of Manager that use Edge (and therefore the Microsoft Edge WebView2 Runtime Library). I don’t know if that’s just coincidence, or if they are somehow related. 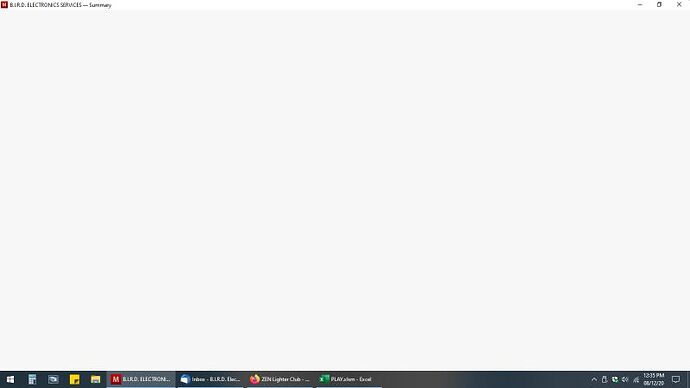 If I have Manager open then I open and then close Edge I get left with a blank Manager screen.
I close Manager
I then sometimes get the error message that webview has stopped working when re-opening Manager. I click close on the error message and Manager loads normally.

I’ve updated the Manager to version of v20.10.89. The problem still persists. 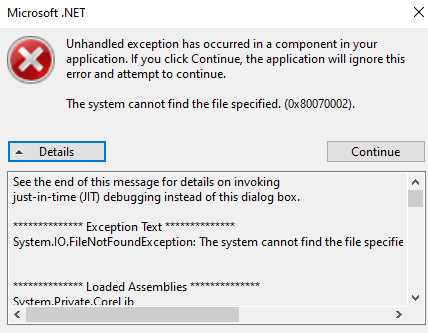 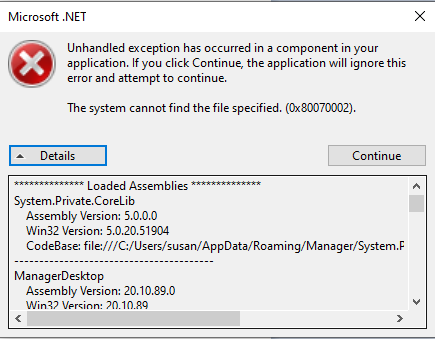 I moved this topic to the bugs category.

We have already determined that the developer needs to fix something with Manager. You can’t fix the problem by updating Windows or .net through Windows update.

I believe that the problem is an issue with Manager and the .net Core included with Manager. Thus Manager has a bug. It is not an issue with users computer’s given that several people are experiencing the same problem.

I would guess WebView2 Runtime Library interaction with Edge on windows

To my surprise, I can open Manager as usual now although I did nothing to it.